Register Here! Take your self-guided tour of the course, pack your bags & call your buddies!

A Message from Our Host

The Oneida Indian Nation welcomes you to Turning Stone Resort Casino for the Desmond Doss Foundation golf tournament. This is one of the most beautiful times of the year in Central New York and we are honored you choose to host your inaugural fundraiser with us.

Atunyote was designed by Tom Fazio, and served as the host to the Turning Stone Resort Championship from 2007 – 2010. In 2006 it was the site of both the PGA Professional National Championship and the BC Open. The parkland setting of Atunyote (the Oneida word for 'eagle') features vast stretches of open space, gently rolling hills, a stream of small waterfalls, and several lakes.

We are honored to host the Desmond Doss Foundation event, as the Oneida Indian Nation shares the foundation’s commitment to honoring those who serve in our military and making investments that positively impact our younger generations.

As the United States first allies, the Oneida Indian Nation forged a sacred bond with colonists during the time of the Revolutionary War. This bond continues today as Oneidas have enlisted in the military in times of war and peace, having served in every conflict up to the current day.

We are grateful for your work at the Desmond Doss Foundation to memorialize military heroes like Desmond Doss and instilling his values in our youth. We hope you enjoy your visit with us at Turning Stone Resort Casino. 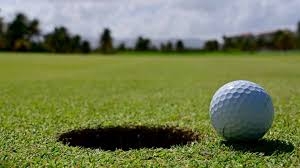 8:00 AM - Shuttle to Atunyote Golf Course - if one's not driving themselves

9:55 AM - 4-Man BB Scramble - Carts Dispatched to their Starting Holes

(Upon completion of your round - Free Time to do your thing)